Alger Sullivan Mill Property In Century Cleaned Up For The First Time Since 2016; Old Owner Faces $85K In Fines : NorthEscambia.com 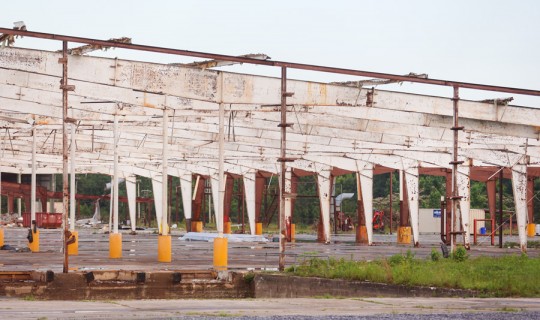 For the first time since it was ravaged by tornado five years ago, the former Alger Sullivan Lumber Mill property in Century is officially cleaned up.

The 38-acre abandoned industrial site was heavily damaged and was mostly untouched since EF-3 tornado winds of 150 mph on February 15, 2016. 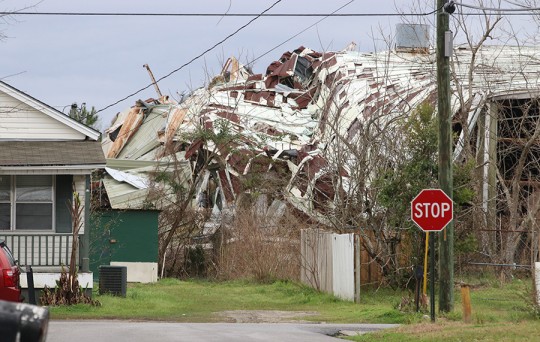 The property was purchased March 1, 2021, by Creighton Sounds, LLC of Pensacola for an industrial project, the nature of which has not yet been announced. But the company has made good on a promise to clean up the property.

Environmental enforcement costs and fines of $50 a day had accumulated against the previous property owners since 2016. Earlier this year, a special magistrate ordered the fines on the property put on hold as of March 1, the date of the property purchase by Creighton Sounds.

Now that Escambia County Code Enforcement has signed off on the cleanup, a final cost order was issued this week by a special magistrate for $85,000. The previous owner, DMT Holdings LLC of Navarre, placed $85,000 in a trust fund at the time of sale to pay the fines.

The principal owner of Creighton Sounds was involved in “Project Fusion” that in November 2020 canceled a pending contract with the Town of Century to purchase the former Helicopter Technology building and about 40 acres in the Century Industrial Park. The company had promised 80 new jobs and a $15.3 million capital investment during their first five years.

“We’re very excited that we’re in Century to help the fine folks of that town to bring jobs and to clean up an area that’s been devastated by a tornado since 2016 that ravished their neighborhood,” Creighton Sounds representative Kipp Anglin told NorthEscambia.com in March, when he appeared before an Escambia County Special Magistrate Robert O. Beasley to ask the county to put code enforcement violation fines on hold.

Creighton Sounds worked over the past few months to salvage about 60,000 square feet of one large building on the property. The structure was stripped to its metal skeleton.

Pictured above and below: The former Alger Sullivan Lumber Mill property in Century as seen in 2020. Pictured inset: A 2019 view of the building as seen from an adjacent neighborhood on Front Street. NorthEscambia.com photos, click to enlarge. 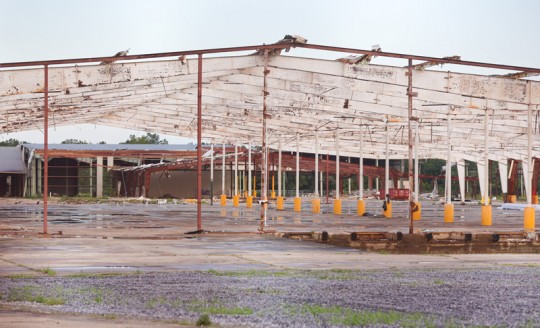 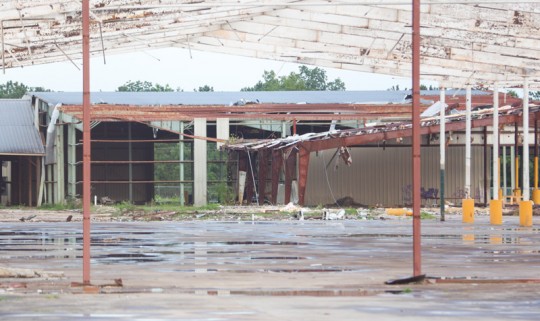 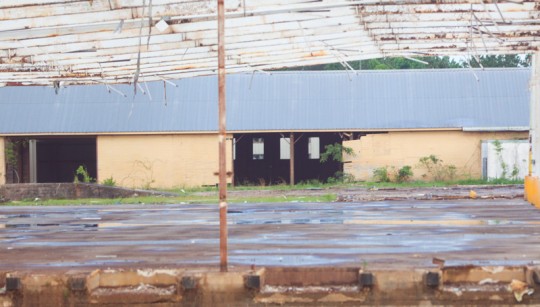 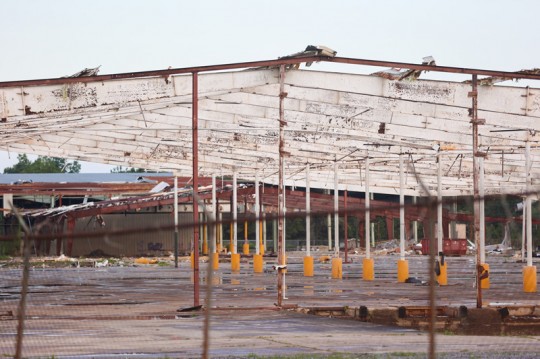 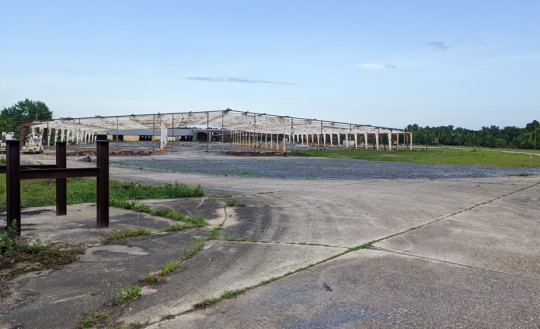 Former Tucson fabric shop to be converted into a restaurant, thrift store | Subscriber