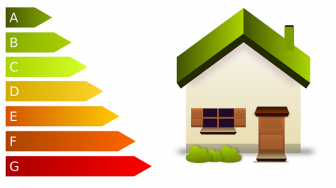 A report from Rightmove, published yesterday, has found that buyers are likely to try and negotiate asking price discounts to factor in the cost of making green improvements in the next ten years.

Making homes greener is a critical part of helping the UK to reach Net Zero by 2050, but there is a lack of understanding about what improvements to make and minimal financial incentives for people to act now.

Four in ten home-owners (41%) have already made changes to improve their home, but of the remaining 59% the biggest reasons for not doing so are that they don’t feel they need to make improvements (40%), or that the improvements are too expensive to make (33%).

The overwhelmingly biggest motivator to make changes is to reduce their energy bills.

Rightmove analysis found that sellers who have already made changes that have improved the EPC rating of their home are pocketing as much as 16% extra on average when selling their home.

The study analysed over 200,000 homes listed on Rightmove that had sold twice, with an improved EPC rating the second time.

Those who had upgraded their rating from an F to a C added an average of 16% to the price achieved for their home. [Rightmove says this premium is on top of the local house price growth the home may have benefitted from since it was last sold.]

Moving from an E to a C banked sellers an extra 8% on average, and moving from a D to a C resulted in an average of 4% extra.

Buyers are already becoming more conscious of green features when looking for their next home, with features such as solar panels and heat pumps climbing the rankings in Rightmove’s keyword sort tool.

Plus, there are now 73% more green terms such as ‘sustainable’ and ‘low carbon’ being used by agents as selling points in their property descriptions on Rightmove compared with the start of 2020.

There are very early signs that better rated homes could sell more quickly than poorly rated ones. EPC B-rated houses were the fastest type of home to sell over the last few months (30 days), overtaking EPC D-rated houses for the first time (31 days), although the difference so far is only one day quicker.

The average EPC rating of a home in the UK is a D, so the homes with the lowest ratings of an E to a G are likely to be the first to start seeing buyers trying to negotiate discounts.

However, agents report that as the experience of finding and falling in love with a home is an emotional one, it will very much vary depending on what else there is about the home to attract a buyer.

In the rental market, there are proposals from the government to introduce legislation to make landlords improve their homes up to an EPC rating of C.

If this happens Rightmove says it is likely to exacerbate the already severely stock constrained market in the short-term as more landlords sell up, and increase rents for tenants. But it will help to improve the quality of rental homes in the long-term.

“Improving a property’s green credentials is critically important as the UK strives to hit Net Zero.

“The immediate challenge is the sheer number of properties that are currently below an EPC rating of C and the costs involved to fix this.

“There has been much debate about what could happen in the future to homes with poor energy efficiency, and the government has said they will make sure these homes can still get mortgages.

“But I don’t think it would be a surprise if in ten years’ time we see that people taking out mortgages or remortgaging a home with the lowest EPC ratings find that they miss out on the best mortgage rates.”

The report can be downloaded here.

For technical reasons this story was held over from yesterday.