Located 16km northwest of downtown Kuala Lumpur and 8km north of Subang Airport, Sungai Buloh was once the home of the British Commonwealth’s largest leprosarium, which opened in 1930. It has since been transformed into one of the most sought-after townships in the Klang Valley.

Bordering the bustling Kepong and Damansara, Sungai Buloh has attained maturity over the past 20 years. The development of this area is anchored by the industrial and residential segments.

The residential area is mainly landed in nature, and includes the original Bandar Baru Sungai Buloh housing scheme, as well as more renowned developments such as Bukit Rahman Putra and Sierramas. They are supported by several neighbourhood-centric commercial areas such as Bukit Rahman Putra, Pusat Komersial TSB and Bandar Baru Sungai Buloh, to name a few. 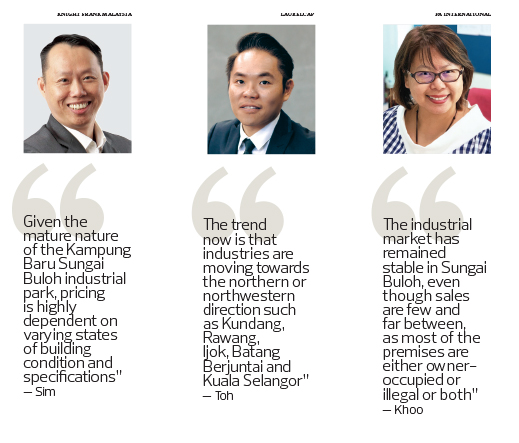 The majority of the industries in Sungai Buloh are local SMEs, owing to the narrow road access as well as limited land bank for large-scale industrial set-ups.

As a whole, Sim says, Sungai Buloh industrial schemes enjoy high occupancy rates and are predominantly owner-occupied. This is evident in the comparatively limited industrial property supply in the market, as well as number of transactions.

“There are limited land plot transactions, given the maturity of the industrial park. Throughout the past five years, the price range has always been stable at RM80 to RM110 psf, depending on variance attributed to the shape of the land and the tenure. There have been only less than 20 recorded transactions since 2017,” Sim says.

For detached factories, he says Kawasan Perindustrian Putra recorded a higher transaction price, given the freehold tenure and better infrastructure.

“Zooming in on the larger industrial park of Kampung Baru Sungai Buloh, the pricing trend has exhibited modest growth over the past five to six years and remained stable since 2019,” Sim notes. “Having said that, given the mature nature of the Kampung Baru Sungai Buloh industrial park, pricing is highly dependent on varying states of building condition and specifications.” 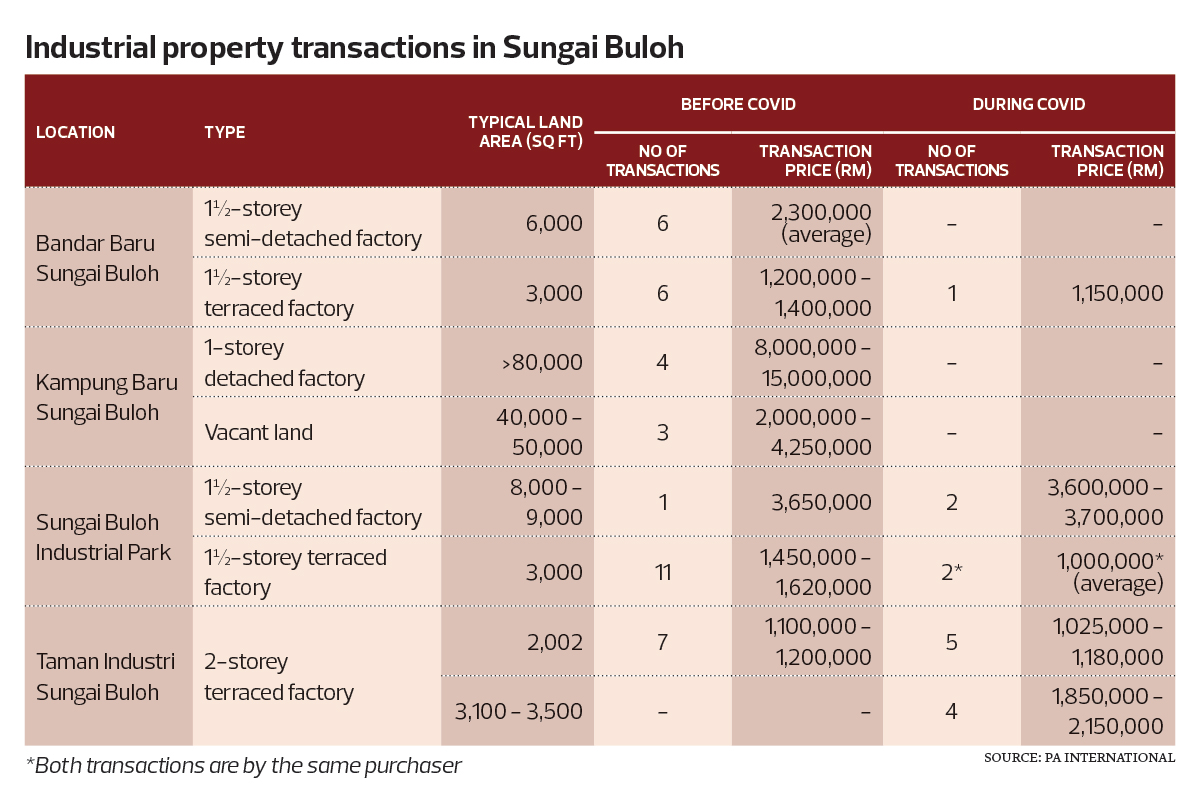 Citing data from the National Property Information Centre (Napic), Sim says the average transacted price of detached factories in Sungai Buloh has outperformed since 2016, increasing 45.8% from RM120 psf in 2016 to RM175 psf in 2019.

Nonetheless, the rental market has been stable. The average asking rent for Sungai Buloh’s industrial property ranges from RM1 to RM1.30 psf per month, depending on the location and condition of the property.

“Compared to the other surrounding newer industrial schemes in Kundang and Rawang, asking rents in Sungai Buloh are at least 10% lower. There is an even larger discount when compared to better-planned Grade-A warehouses in areas such as Puncak Alam, which may command asking rents of up to RM1.80 psf per month,” Sim says.

One of the biggest strengths of Sungai Buloh is its location. It is well connected to Petaling Jaya to the east, Kuala Selangor to the northwest, Shah Alam to the west and Klang to the south via a slew of highways such as the Guthrie Corridor Expressway, North Klang Valley Expressway and the upcoming Damansara-Shah Alam Elevated Expressway (DASH).

Laurelcap Sdn Bhd executive director Stanley Toh says: “The MRT line has also opened up the area in terms of additional accessibility. The area is close to many established neighbourhoods, thus it is easier to secure workers and accommodation as well. Still, there are a few notable challenges for the area, which has limited potential for further growth in the industrial segment.” 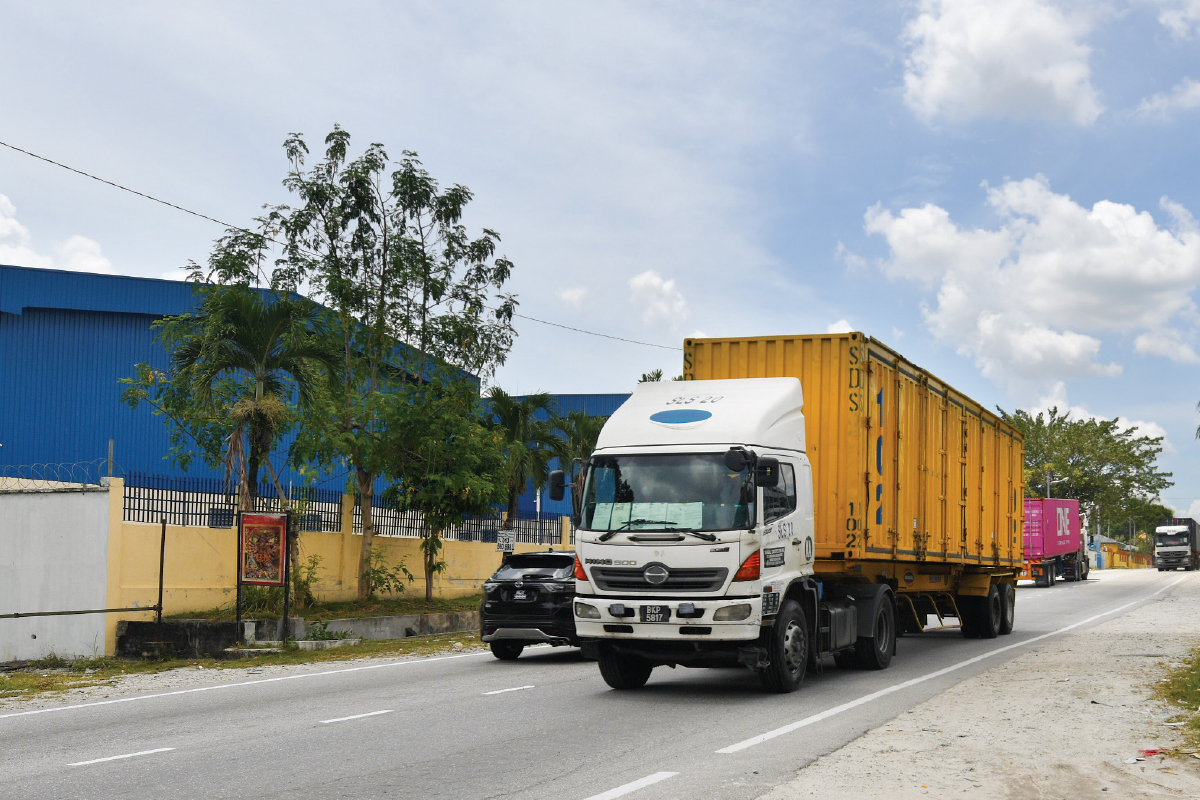 As Sungai Buloh has been transformed into a busy township plagued by traffic congestion, owners of industrial businesses are staying farther away from the area and in less busy neighbouring localities such as Kundang and Rawang.

“One of the biggest challenges is traffic congestion, as the population has increased over the years. Certain parts of Sungai Buloh are low-lying, which may be prone to flooding. These are all the issues that industrial players have to consider before setting up their plant here,” Toh says.

Unlike Kundang and Rawang, Sungai Buloh has a limited supply of planned industrial parks and larger parcels of industrial land, as it has a high-density population. Therefore, the environmental impact assessment requirements will be more stringent there than in other areas.

PA International Property Consultants (KL) Sdn Bhd head of research and project marketing consultant Evelyn Khoo points out that most of the industrial properties in Sungai Buloh are leasehold, with a remaining term of less than 50 years.

“The newer industrial areas in Kundang and Rawang have longer lease terms and, most importantly, those new properties are legal. Most of the factories in Kampung Baru Sungai Buloh are illegally built. As such, Majlis Bandaraya Shah Alam is implementing an ongoing programme to help the owners legalise their businesses and premises under its administration areas. It is a long process, though,” Khoo says.

She explains that it is difficult to attract new and international players to the Sungai Buloh industrial market because the existing infrastructure is either not up to date or not world class.

“Those who have been there since the early days are most probably still there because they know the area well. For new investors or those who are expanding their business, however, Sungai Buloh may not seem as attractive as Kundang and Rawang even though they are farther away from the town area. With the good connectivity of the highways, however, location is not the key concern,” Khoo adds. 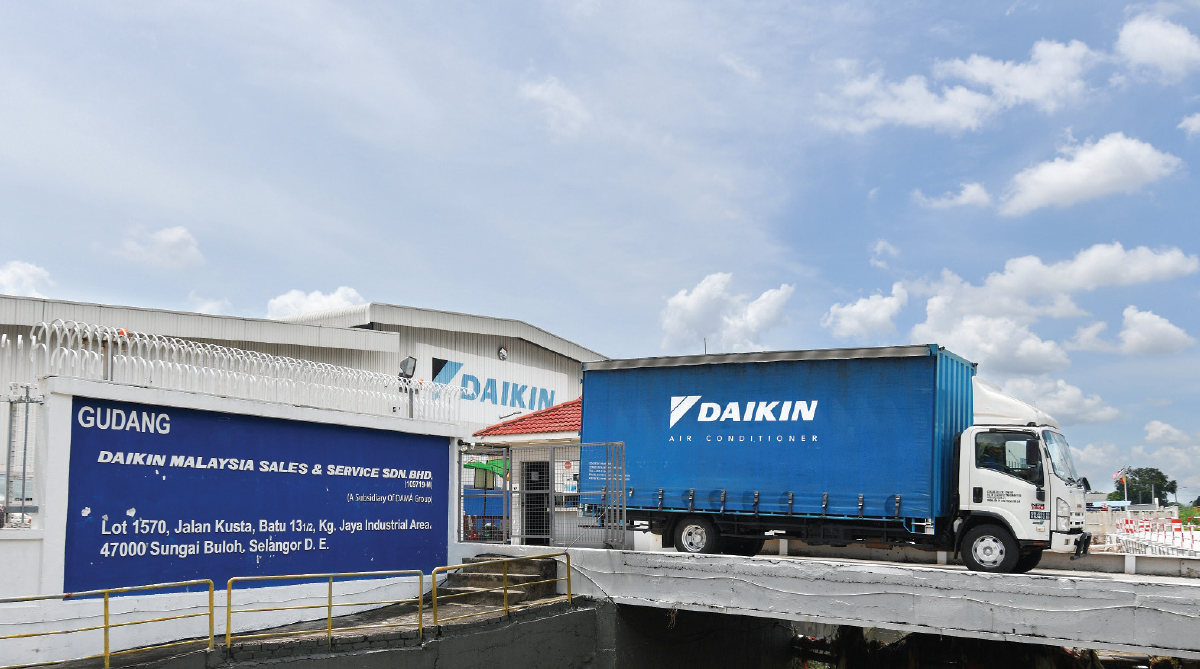 Dimming outlook but potential in hi-tech

The industrial property market has outperformed other property sectors in general. While the rise of e-commerce and food delivery have benefited mostly the logistics and warehouse subsectors, they are not the main subsectors in Sungai Buloh.

“The industries in Sungai Buloh are mainly local SMEs in manufacturing, furniture and food industries. It is not suitable for international operators because of the narrow road access as well as limited land bank.

“Yet, the industrial market has remained stable in Sungai Buloh, even though sales are few and far between, as most of the premises are either owner-occupied or illegal or both. Also, the tenures are leasehold with short unexpired terms. We expect prices to remain stable in the short to medium term,” Khoo says.

Knight Frank Malaysia’s Sim concurs, saying that industrial property prices and rents in Sungai Buloh will remain stable, as evidenced by the limited number of transactions in the past few years.

“With the scarcity of available land plots and factories, there will be limited new developments as well as scope for expansion within the industrial developments in Sungai Buloh. We believe the industrial property price and rental will remain stable even though other proper industrial parks are generally enjoying upward adjustments,” he notes.

He adds that investors and owners of industrial properties in Sungai Buloh can leverage existing local SME dynamics in the industrial market to continue to cater for the demand of these local end-users that do not require a clean industrial environment while taking advantage of the attractive real estate cost.

Meanwhile, Laurelcap’s Toh predicts that the industrial properties will be phased out gradually, as the area may not be suitable for industrial operations in the future except perhaps warehousing. Sungai Buloh is being transformed into a comprehensive township, with more high-rise residential projects launched in recent years (Photo by Suhaimi Yusuf/The Edge)

“The trend now is that industries are moving towards the northern or northwestern direction such as Kundang, Rawang, Ijok, Batang Berjuntai and Kuala Selangor. This is evidenced by the number of transactions and rising values in those areas. As the WCE (West Coast Expressway) is fully completed and operational, the areas will be opened up and connectivity will be enhanced substantially,” he says.

Besides warehousing, Toh believes the potential bright spot in Sungai Buloh will be high technology.

“The area has seen a major shift in development trend with the likes of Kwasa Land and many new projects there. The area is well served by MRT stations and highways, which helps connectivity in a big way, and those factors help spur the high-density development in the area.”