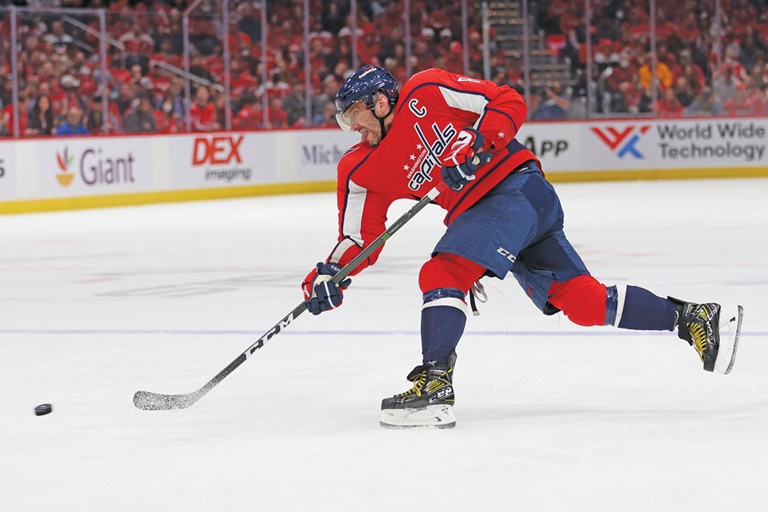 The Washington Capitals (with Caesars Sportsbook) landed the league’s first such deal.getty images

With a new jersey patch sponsorship program in place for the 2022-23 season, this summer is an important selling period for NHL teams. So far, five clubs have announced jersey partnerships, and at least one other, the Minnesota Wild, has secured a yet-to-be-announced deal.

Keith Wachtel, senior executive vice president and chief business officer for the NHL, said the league is pleased with the early results and that the 32 teams are on pace to generate “significantly more” than $100 million based on average fees thus far. “The revenue generation for the clubs that have secured sponsors has outperformed our expectations,” he said.

Several third-party sales executives representing NHL teams were less enthusiastic about market reception relative to their initial expectations. They said that while the most high-profile teams can expect to command upward of $10 million a year, most will be mid-seven-figure deals.

Experts cited the crowded marketplace for sports uniform sponsorships as a hurdle for the NHL, which is not the only league launching such a program. Most MLB teams, which will begin wearing sponsor patches on their jerseys for the 2023 season, are also in the market for patch partners. So far, only the San Diego Padres have announced a deal, with Motorola. A handful of NBA teams are also seeking either renewals or new partners.

“There aren’t that many companies out there that have the flexibility to take an existing marketing budget and throw money at it like that,” said Dan Griffis, Oak View Group president of global partnerships.

Griffis added teams will likely have to work with brands to shift the marketing expense to 2023, as many companies won’t have the budget left to take it on this year. MLB teams won’t have that issue given that their program starts next year.

Unlike MLB and the NBA, the NHL is offering multiple pieces of inventory on player uniforms: jerseys and helmets. The NHL is also offering teams the flexibility to sign different jersey and helmet sponsors at home and on the road. Griffis said that this could be a disadvantage.

“It makes it harder to tell the story that you’re the only brand that is associated with the team and the field of play,” he said.

Wachtel, however, said the flexibility has allowed teams to target a wider array of brands, including those that can’t afford a full 82-game sponsorship. The home-away split also allows teams in legal sports betting markets to sell placement for home games to betting operators without wearing their logos in jurisdictions where betting isn’t legal. The Golden Knights and Capitals have taken advantage, announcing home jersey deals with Circa Las Vegas and Caesars Sportsbook, respectively.

Wachtel doesn’t expect all 32 clubs to start the 2022-23 season with jersey patch partners. “Where the opportunity exists, our clubs are selling it for the right value proposition,” he said. “If for some reason they’re not seeing that in their market, they’re waiting.”

These 2 Stocks Have Doubled Over the Last 2 Years. Can They Do It Again?

These 2 Stocks Have Doubled Over the Last 2 Years. Can They Do It Again?