Donald Trump appears to have profited handsomely from the sale of his landmark hotel in Washington.

The lease on Trump International Hotel in Pennsylvania Avenue sold for $375 million, a record price for the US capital, giving the former president’s company a profit of around $100 million even after pandemic losses are taken into account.

It will become a Waldorf Astoria under plans by the buyers, CGI Merchant Group, a Miami-based investor, in partnership with Hilton. 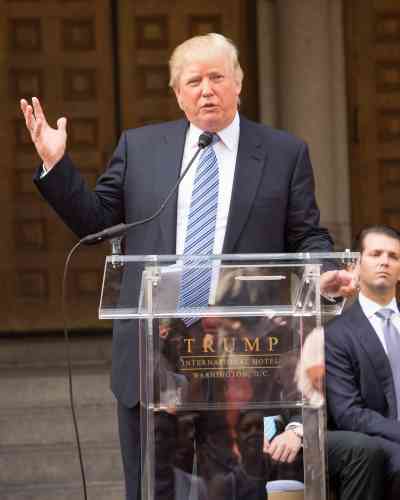 Trump, 75, acquired the lease for the Old Post Office building in 2012 with a pledge to invest $200 million to convert it into a luxury hotel. It made losses reported at $70 million as bookings dwindled during the coronavirus pandemic. The sale means that Trump can