As the Fresno City Council shapes a three-year plan to ease the housing crisis, Mayor Jerry Dyer’s administration is putting its shoulder into efforts now.

For example, the planning and development department is hiring more staff and cutting red tape on housing projects.

The goal, deputy mayor Matthew Grundy said, is to speed approvals from the nine months it takes now to three months for projects that meet city standards.

In addition, there are affordable housing projects nearing completion that will add to the inventory.

Dyer and his team made 47 recommendations aimed at stabilizing or lowering rent and expanding the local housing stock. Another 24 recommendations deal with reducing homelessness.

And, other priorities have ample funding. Rental assistance and eviction protection, for example, have been in place since the start of the COVID-19 pandemic.

Chris Montelongo, deputy chief of staff for Dyer, told GV Wire that the city has distributed $2 million in aid every month since it received $67 million in emergency rental assistance from the state. 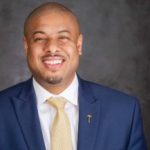 According to Grundy, that funding isn’t over and the city is set to receive another round of help from ERAP’s phase three funding.

“There are new dollars in new funding sources or new large amounts, historic amounts of funding coming down the pipeline,” said Grundy.

The deputy mayor added that Fresno has a unique opportunity to improve the lives of thousands of residents, thus all eyes at City Hall are focused on the task.

“So, it’s really important that we meet our marks on the timelines within the recommendations that we provided so we can produce, preserve, rehabilitate a really historic number of units that the city of Fresno has never built (before) in that amount of time.”

While the city wants to build as many affordable housing units as it can, Grundy says market-rate housing also is important to improving the situation.

On average, Fresno develops a total of 1,360 market-rate residences per year.

“Our housing strategy calls for the development of 4,110 (over three years,” said Grundy. “So we’re actually suggesting we need more than what we have built in the last three years at a bare minimum in terms of market-rate housing.”

He added that a Fresno housing analysis indicated that the city needs more of every type of housing.

“We need lots of multifamily rentals, we need two- or three-bedroom, we need single-family attached units, things like townhouses, condos, row homes … those sort of things,” said Grundy. “And again, affordability levels that residents can afford.”

One such project is the Monarch in Chinatown, which is under construction and scheduled for completion this summer or early fall.

Part of a TCC project, the building will offer 57 affordable housing units with a mixture of studio, one-, two-, and three-bedroom units in councilmember Miguel Arias’ district. 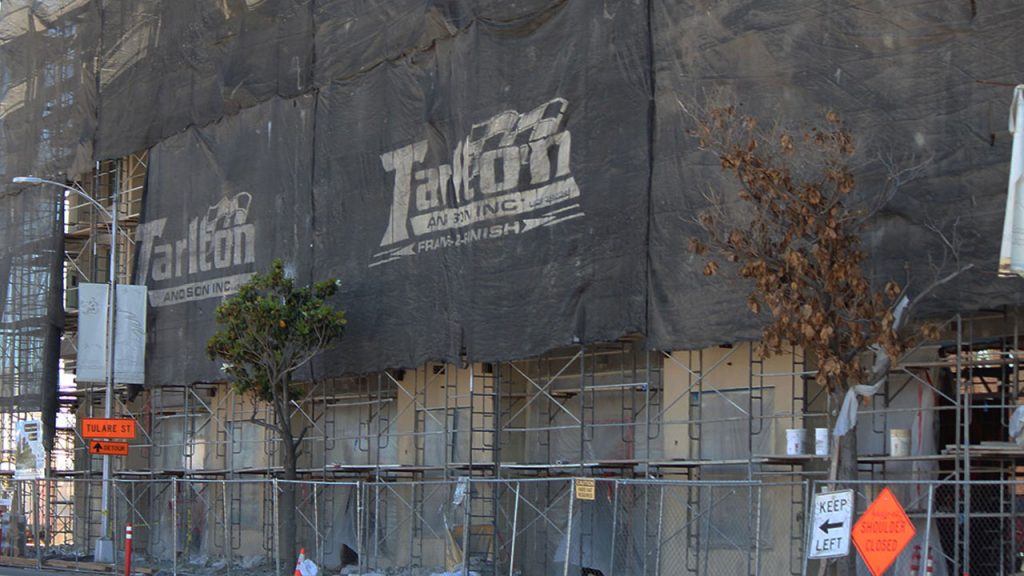 Located in Chinatown, the Monarch currently under construction will offer 57 units of affordable. (Fresno Housing) 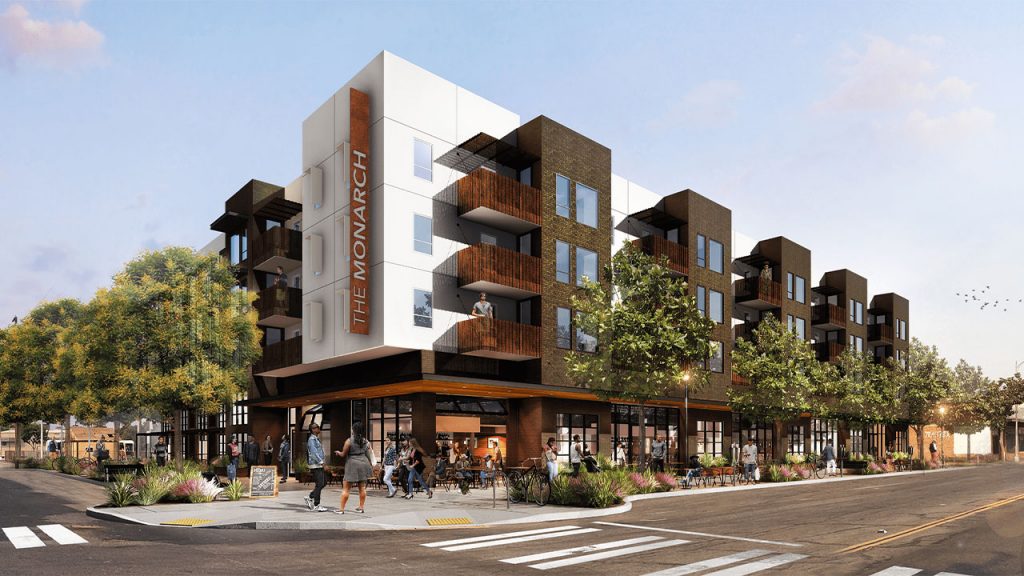 The Monarch, located in Fresno’s District 3 is set to be completed in this summer or fall. (Blueprints/Fresno Housing)

Grundy said one of the biggest challenges is putting together a plan that speeds up the availability of both affordable and market-rate housing while navigating the state’s sometimes conflicting goals and regulations.

“Folks who said, not in my backyard — you can build affordable housing, but not here. That stuff can’t exist in order for us to reach these goals. This plan is very doable, but again, it’s going to take all of us.” — Fresno Deputy Mayor Matthew Grundy

“We know that government can be an impediment with the red tape to the deployment of affordable housing,” said Grundy.

Another hurdle is meeting both the desires of affordable housing advocates and the development community.

“There’s a little bit of a misnomer with the communities, you know, thinking that the city of Fresno is responsible for all the city’s housing when really we’re dependent on the private market, private developers, to provide the units that meet our communities needs,” said Grundy.

Grundy says they also have to contend with NIMBYism.

“Folks who said, not in my backyard — you can build affordable housing, but not here. That stuff can’t exist in order for us to reach these goals,” said Grundy. “This plan is very doable, but again, it’s going to take all of us.”