From eyesore to eye-catching: Medical office in Jefferson Twp. is latest transformation by CRG 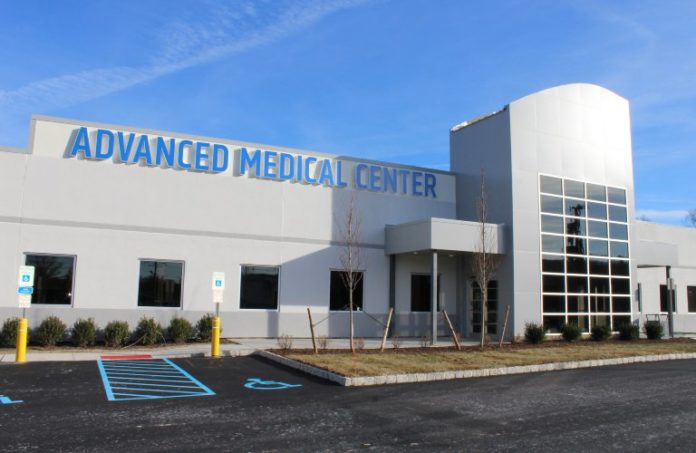 Every town laments its outdated and antiquated commercial properties. And most developers run from them — as renovations can be too costly and time-consuming.

Commercial Realty Group seeks them out.

The second-generation family-owned firm in Parsippany has been resuscitating properties for nearly five decades.

The building, which had long been a Pathmark grocery store, is now the Advanced Medical Center – Jefferson, a fully leased, 45,000-square-foot Class A medical office building.

The building had a soft opening in June. And no one is happier about it than Jefferson Township Mayor Eric Wilsusen.

“The building site has made an impressive shift from eyesore to eye-catching medical center, following an astounding and total transformation,” he said.

For CRG General Manager Andy Billing, the building represents another save.

Here’s how it came about.

CRG owns and manages $2.4 million square feet of industrial and medical office space that are spread out among nearly two dozen properties.

In almost every case, CRG buys an empty building, renovates it, leases it and operates it.

A few years back, it was brought in by Tri-County Orthopedics to renovate its headquarters at 197 Ridgedale Ave. in Cedar Knolls.

The two became partners in the building. And, when Tri-County was looking to add a second location in northern Morris County, the two decided to partner again.

Finding a site wasn’t easy, but they finally found it in a long-since-closed grocery store.

“We had been looking for a few years and we finally found the right place,” Billing said.

Billing said the renovations on the building took twice as long as was expected — a result of working through the pandemic.

Local officials such as Wilsusen feel it was worth the wait.

“I am extremely pleased to recognize this local and unique building site reborn to new life following several years of sitting vacant and unproductive,” he said.

The $3.85 million project involved a complete renovation, including major site improvements to increase parking at the property to a five spaces per 1,000 square feet ratio, installation of a patient drop-off area and a modernized loading area in the rear of the building. There also was vast new landscaping, which required extensive excavation.

The exterior of the building was transformed from its former shell to a white and gray facade, enhanced by handsome windows and featuring an identity tower above the main entrance crowned by a crescent (standing-seam) metal roof. A new modern roof was also installed on the entire building, to assure energy efficiency and longevity.

What’s next for CRG?

Commercial Realty Group won a 2022 New Good Neighbor Award, an honor given by the New Jersey Business & Industry Association to the top building restoration/renovation, for the transformation of 757 Route 15 in Jefferson Township.

It was the sixth time CRG had been so honored.

Good Neighbor Award winners are chosen based on the significant contributions of each project in the creation of employment opportunities both during and following construction, as well as the benefits the site brings to residents and the business community.

“We in Jefferson Township applaud the efforts and investment made by Commercial Realty Group in our hometown,” Mayor Eric Wilsusen said.

Billing said the company always is on the lookout for antiquated properties that need a total refresh. But CRG will not sit idle until it finds them.

The company has two other projects in the pipeline in Morris County.

It will soon begin ground-up construction on a 40,000-square-foot light industrial/warehouse facility on Aspen Drive in Randolph, which it hopes to deliver in the summer of 2023.

It also is getting ready to start on a Miller’s Ale House and a 123-bed Wyndham property (which will be dual-branded as a Hawthorn Suites and La Quinta) just off Route 10 in Parsippany — next to the Starbucks the company owns and operates.

Billing said the company aims to open those properties in the late spring, early summer of 2023.

Throughout it all, Billing said CRG will continue to do what it has done best since it was founded by his father, Stu Billing, in the early 1970s: turn eyesores into eye-catching spaces.