Here’s Why This Retail REIT Isn’t Worried About Inflation


The big-picture story at shopping center landlord Brixmor (NYSE:BRX) is redevelopment. There’s a problem with that in a world where the prices for everything from lumber to labor is quickly escalating. Only Brixmor’s management team doesn’t seem all that worried about this particular headwind. Which makes sense when you start to dig a little deeper into the redevelopment story.

A lot of work

Real estate investment trust (REIT) Brixmor owns 386 shopping centers. These are the types of places that people visit on a regular basis; the company notes that around 70% of its centers have a grocery component. Although strip malls like these aren’t exactly sexy properties, they are highly reliable. 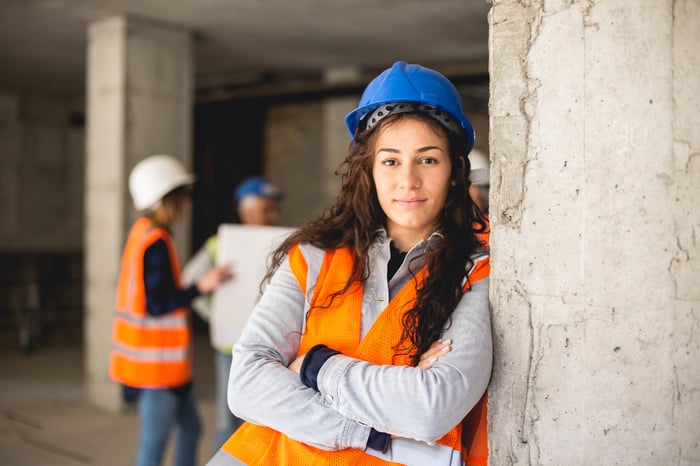 There are really two notable ways of growing a strip mall business. The first is to keep buying new properties to expand the portfolio. That’s well and good, but there are only just so many really good strip malls out there. And the best ones are usually priced to reflect their underlying value. The second big way to grow a strip mall portfolio’s value is to invest in the assets you already own via redevelopment projects.

This has been a key focus for Brixmor. Between 2016 and 2020, the REIT spent roughly $524 million across 166 projects and estimates it achieved an incremental net operating income yield of 11%. In 2021 it stabilized an additional 39 projects, with another 49 currently in process. It believes there’s another $1 billion worth of projects that it could bring on in the future as well, suggesting that somewhere between $150 million and $200 million a year in redevelopment is an achievable goal going forward. Clearly, redevelopment is very important to the Brixmor story.

Investors, however, may have noticed that prices are rising for just about everything today. Lumber, specifically, has seen massive price increases over the past year or so. Labor costs, too, have been impacted by inflation. These are both major components of the cost of redevelopment projects. To put a number on this, Brixmor expects its 2021 projects to offer an incremental net operating income yield of 10% but only expects 9% from the 49 projects it has in its current pipeline. That’s just a one-percentage-point difference, but it’s actually a 10% change. That’s notable.

However, there’s another factor to look at, which CEO James Taylor summed up fairly well during Brixmor’s third-quarter 2021 earnings conference call:

Perhaps the biggest thing is an attractive rent basis. We’ve talked about it since we’ve joined that we have really well-located older shopping centers with, as I mentioned in my remarks, an average expiring rent over the next couple of years of under $9 a foot. So that gives you a lot of room, if you will, to absorb the inevitable rise in cost and other challenges that are just part of the business.

Nine dollars per square foot compares to the over $15 per square foot the company has been able to ink lease deals at of late. Essentially, as redevelopment opportunities come up, Brixmor goes in with such low lease rates from legacy contracts that the impact of inflation is more than offset by the benefit of upgrading a property so it can charge higher rents. Sure, inflation may reduce the overall return Brixmor can expect from its efforts, but that doesn’t mute the overall benefit to the REIT and its shareholders.

The long game here is that inflation will hurt Brixmor but that the rent growth it achieves should more than offset that hit and allow for solid growth in funds from operations (FFO). And, based on the backlog it thinks it has, there’s at least a decade of redevelopment ahead. That, in turn, should support future dividend increases for years to come. For dividend investors looking to live off of the income their portfolios generate, this inflation protection story could be worth a closer look at a time when rising costs are eating away at the buying power of your cash flow.

This article represents the opinion of the writer, who may disagree with the “official” recommendation position of a Motley Fool premium advisory service. We’re motley! Questioning an investing thesis — even one of our own — helps us all think critically about investing and make decisions that help us become smarter, happier, and richer.