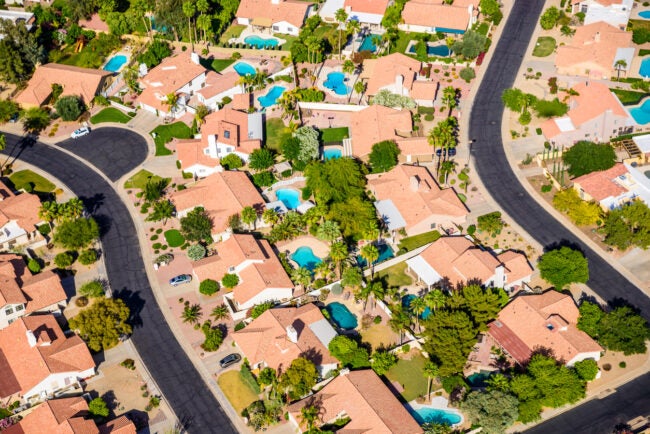 Many people spend their lives dreaming of retiring to a warmer climate, but some are getting more than they bargained for in the Southwest. Parts of Arizona, Nevada, New Mexico, and California are currently experiencing a megadrought—the longest continuous streak of dryness in the past 1,200 years, and it’s predicted to persist until at least 2030.

The U.S. Drought Monitor reports about 75 percent of this region is experiencing severe to exceptional drought. More than 55 million people live in this area, which is quite concerning—major water sources, such as Lake Mead and Lake Powell along the Colorado River, are at their lowest levels in decades.

RELATED: These 15 American Cities Are Experiencing the Effects of Climate Change

At the same time, many counties in the Southwest are booming. According to recent estimates released by the Census Bureau, the Phoenix-Mesa-Chandler, Arizona, area had the second-largest gain in population in the country. Indeed, Arizona is one of the top destinations for people moving from one state to another. In addition to retirement, residents are moving for cost of living, work flexibility, and proximity to family.

And this trend is expected to continue. Nearly 20 million additional residents could live in some of the driest counties by 2040. By 2060, the population in the seven states that rely on the Colorado River could increase to 76 million, nearly double that of today.

With many of these communities located in this drought-stricken region, how will this impact residents’ daily lives? Some jurisdictions have already passed laws to protect the water supply, such as banning grass lawns and restricting water use. Depending on where homebuyers settle, they could experience a whole host of lifestyle changes due to the ongoing megadrought and water crisis. 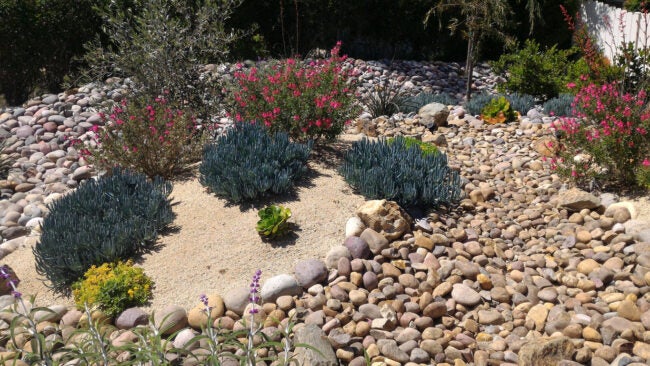 In some spots, including Las Vegas, Nevada, and Aurora, Colorado, grass has been banned to conserve water. This can make a huge difference: watering one square foot of grass in Las Vegas uses more than 70 gallons of water each year, while drought-tolerant landscaping plants use only 18 gallons.

Some cities are offering “cash-for-grass” programs to encourage homeowners to replace their grass with more sustainable options. San Diego residents have replaced at least 42 million square feet of grassy lawn with landscaping that uses less water, like cacti and other desert plants. Although this change requires some maintenance, the water bill is often half the cost.

Another result of the drought is the possibility of water use restrictions for individual households. If these requirements are not followed, homeowners could face fines. Earlier in June, restrictions on outdoor water use went into effect for more than 6 million residents in Southern California as officials try to minimize water use by as much as 35 percent.

The new rule limits outdoor watering to once a week in many towns. California’s governor requested that residents voluntarily use 15 percent less water, calling for common-sense practices like reducing time spent in the shower and ensuring dishwashers and washing machines have full loads in them before being run. 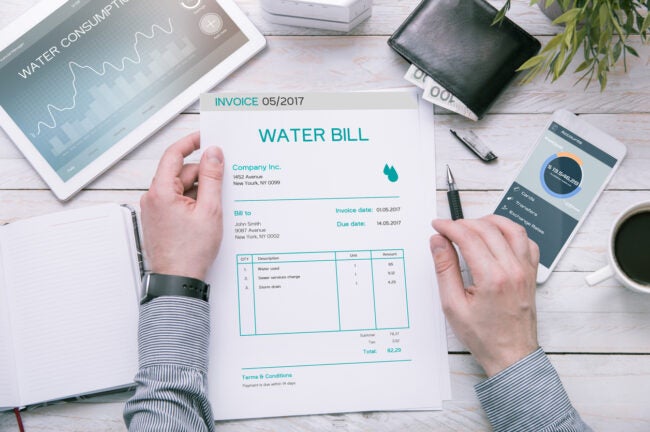 As the megadrought continues and reservoirs dry up, water bills are expected to rise. This puts a strain on average households. Municipalities are exploring new ways to bring water in, but that can get pricey. One option is to pump as much groundwater as needed into communities. Some areas are installing desalination facilities to remove minerals from saltwater to create fresh drinking water. However, the desalination process can cost two to three times more than other water sources.

RELATED: Growing Seasons are Getting Longer—What That Means for Your Home Landscape 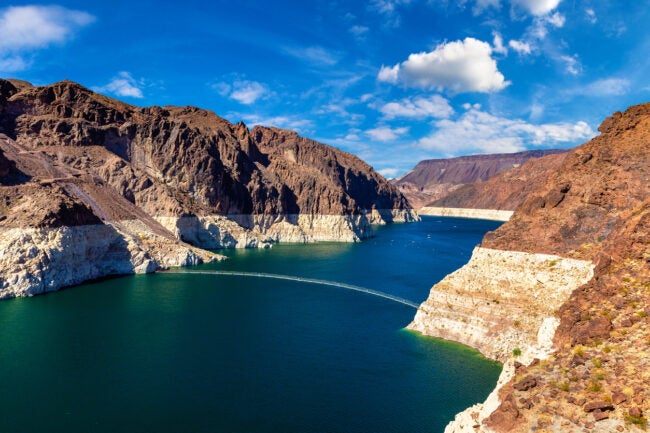 Another major water crisis concern is the possibility it could lead to serious water access issues. Lake Mead, for example, is a water source for millions of people. As the lake level continues to drop, there will most likely be further water restrictions in states like Nevada and Arizona.

In 2021, there was a 30 percent reduction to Arizona’s water allocation because of the drought, and experts expect even larger cuts in the near future. This could lead to neighborhoods or counties fighting for access to much-needed water, potentially causing legal issues and other problems. Last year in Scottsdale, for example, tanker trucks were prohibited from hauling water to homes outside the city limit, causing communities on the outskirts to be forced to quickly find other drinking water sources.

With all this in mind, it’s no surprise that property values could fall if these conditions persist. Experts explain that climate change is mainly responsible for this prolonged dry period, including the drastic decline of Colorado River flow. As the Southwest continues to get hotter and drier, it will also become a more expensive place to live. The worst-case scenario for Arizona is that the conditions keep getting worse, causing droves of people to leave the area and home values to collapse.

RELATED: Yes, You Can Reuse Water at Home—Here’s How

A Santa Monica Home With Not One, But Two Hot Tubs Asks $25 Million

A Santa Monica Home With Not One, But Two Hot Tubs Asks $25 Million

After 140 years as a quarry, a massive piece of Mankato is about to transform – Mankato Free Press