The sleeping dragon of urban renewal has awakened in Sydney’s Chinatown with a new hotel proposal the latest of a rising number of plans for the precinct on the southern edge of the CBD.

Malaysian-based property and hospitality giant Mulpha has revealed plans for a $60-million, 18-storey hotel with 279 rooms on a 718sq m infill site at 355-357 Sussex Street at Haymarket.

Its scale and design is aligned with the new vanguard of smaller stylish and funky hipster hotel brands, such as citizenM and Ace, that offer so-called “affordable luxury”.

“We’re excited to continue our long strategy of extending our hotel and hospitality elements within the Mulpha Group, including the development of new sites such as this one,” Mulpha executive general manager Tim Spencer told The Urban Developer.

“Getting your foot on any site within the Sydney CBD is extremely difficult. We’d been looking for more than three years.

“Obviously things have been wobbled by Covid but we still firmly believe the long-term demand requirement and positioning for hotels in Sydney—as an international city—is pretty solid.”

Mulpha is also currently undertaking a $150-million refurbishment of the Intercontinental Hotel in Sydney’s Circular Quay. 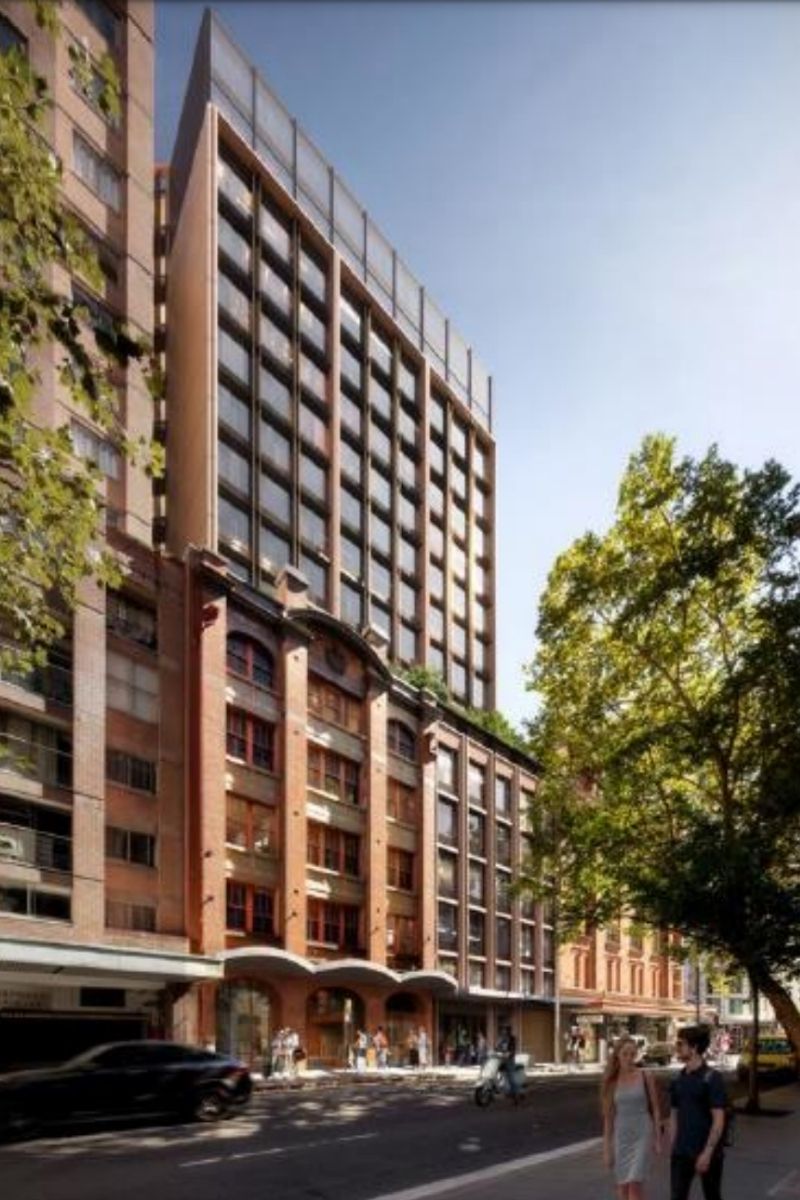 Spencer said the urban renewal planned and under way in Haymarket and the surrounding Chinatown precinct would bode well for the company’s proposed new hotel asset.

“That certainly underpins our belief in a hotel development within that area, which is getting more of a mainstream acceptance as a place where a good premium hotel could be successful,” he said.

In its development application lodged with the City of Sydney Council, the proposal is described as a “unique hotel offering”.

“The site’s unique characteristics together with the strategic location at the southern end of the Sydney CBD, close to Darling Harbour and a number of tourism attractions, provide an excellent opportunity to redevelop the site for tourism-related uses,” it said.

Although the two existing buildings on the site are not heritage listed, the proposal includes the retention and conservation of the facade of the century-old former warehouse at 357 Sussex Street.

Constructed in circa 1916 for Foley Brothers, it was used as a store-warehouse for its produce. The neighbouring building at 355 Sussex Street—also built for Foley Brothers—dates back to 1891 but has been heavily modified, including changes to its facade.

“We’ve done extensive liason with the council around the built form,” Spencer said.

“We’re believers in heritage … we’re not afraid of that aspect, we think it adds authenticity to a project and we see it as a real plus.” 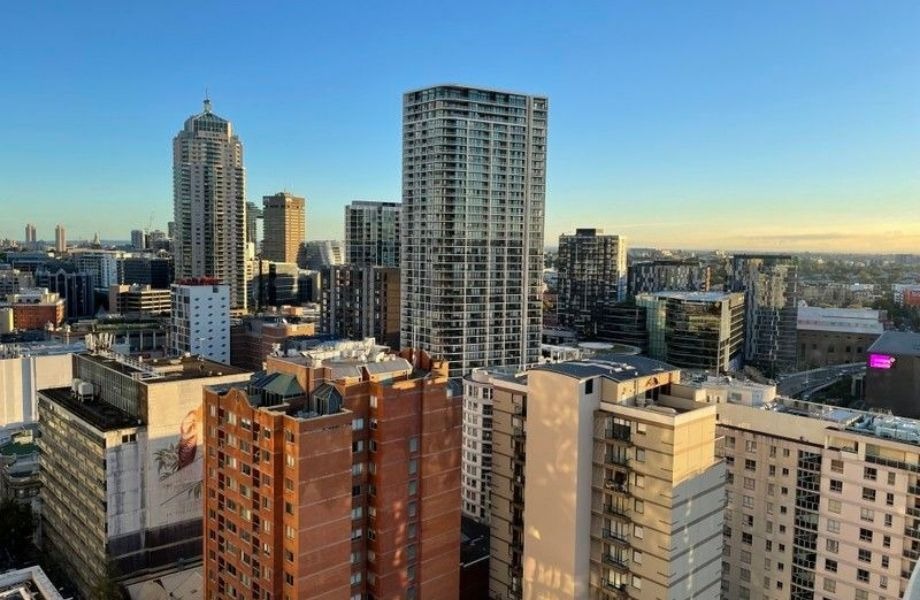 ▲ The proposed hotel to replace the former headquarters of the Transport Workers’ Union NSW branch.

According to the DA, the Cottee Parker-designed hotel will comprise an 18-storey tower set back 6m above a 5-to-6-storey podium.

“Salvaged material from 357 Sussex Street will be reused in the new building to reinstate its three-dimensional presence behind the retained facade and to create an inviting ground floor lobby and restaurant/bar space,” it said.

Mulpha’s Haymarket hotel proposal is part of a new era of urban renewal with a number of infill developments earmarked for Sussex Street and the surrounding Chinatown precinct.

The BVN-designed proposal for the 362sq m site is for a 15-storey building comprising 146 hotel rooms, three basement levels, a restaurant and lobby bar.

According to the filed documents, it is envisioned to be “positioned in the market as a lifestyle-design-led offer”.

The TWU sold the property to an entity linked to Sydney-based Chinese property developer Lin Jinwen for $29.15 million two years ago.

The Linzhu chairman’s Sussex Street hotel plans include a red brick podium with arched windows above which sits a tower with a scalloped glass facade.

Construction costs are estimated at slightly more than $37 million. 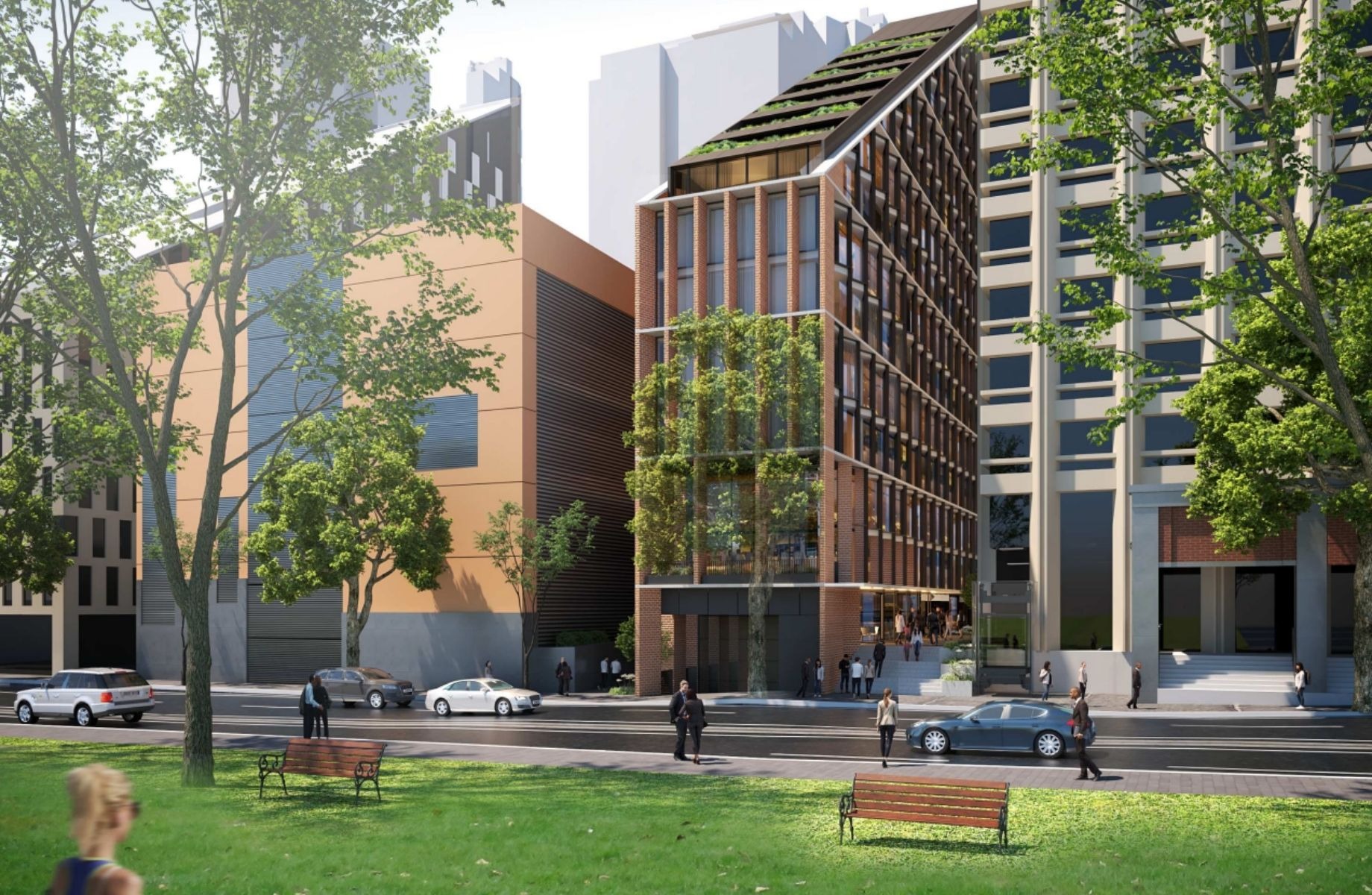 Also along Sussex Street, a Chinatown charity organisation has lodged plans for the demolition of a Victorian-style shop-top building to make way for a 13-storey, mixed-use development.

The $23-million redevelopment proposal is for a 360sq m site at 417-419 Sussex Street, which adjoins the rear of the heritage-listed former Kwong War Chong & Co building at 82-84 Dixon Street.

It acquired the site for $325 million in 2019 and since then has applied to upgrade the existing 24-storey commercial tower with a two-storey podium, and now plans to build a 17-storey slender hotel tower on the land between the commercial tower and a neighbouring five-storey substation.

As well, restaurateurs Stanley Yee and May Ho Yee are planning a 14-storey tower near the gates of Sydney’s Chinatown. 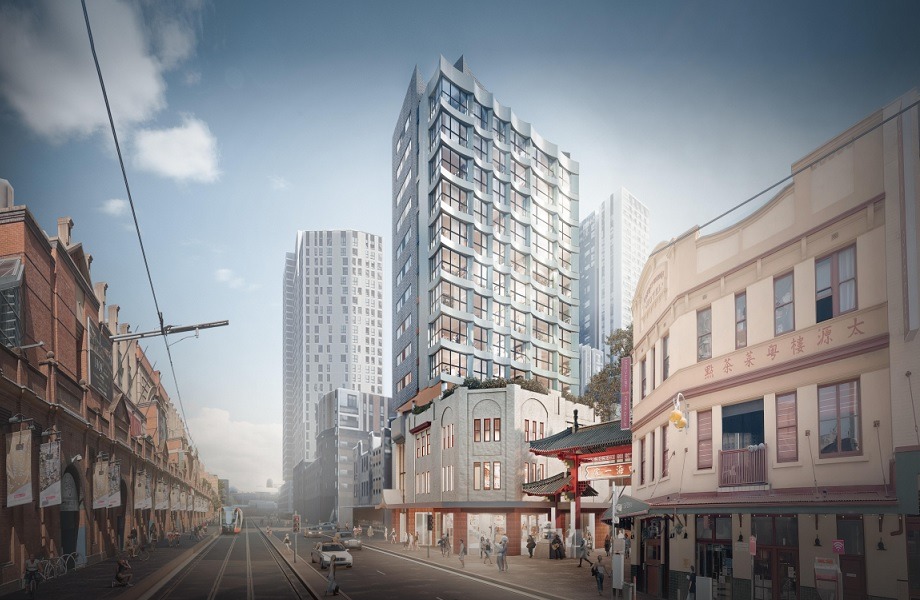 ▲ A render of restaurateurs Stanley Yee and May Ho Yee’s proposed tower.

The plans, which will replace the Emperor’s Garden Restaurant, are for a tower designed by PTI Architecture on the 451sq m site at 96-100 Hay Street, Haymarket.

The Yee family have owned the sites for more than 30 years as well as a bakery, butcher and noodle shop.

The tower proposal with a restaurant podium designed by PTI Architecture retains part of the original building facade, creating 922sq m of commercial space across three levels with a 10-storey tower above, comprising 37 apartments.

You are currently experiencing The Urban Developer Plus (TUD+), our premium membership for property professionals. Click here to learn more.

Can You Get a Larger Home Equity Loan If Home Value Rises?