HVAC equipment manufacturer Johnson Controls-Hitachi had fewer uses for the workstations at its North American headquarters in Irving after it embraced remote work for its employees.

Rather than sell off property, the company opted to transform its 10,400-square-foot space to better suit the needs of the workforce, turning its office space just northeast of DFW Airport into a product showroom and immersive training space for HVAC workers.

“As our workplace model evolved during the pandemic to a remote-friendly format, our headquarter building was underutilized,” Johnson Controls-Hitachi vice president and general manager Shoji Akiyama said in a statement.

“We took this opportunity to reconsider how we could better serve our partners and customers, and developing the new Customer Experience Center was the clear solution.”

The company is a joint venture that was created in 2015 when Hitachi carved out its air conditioning business and combined it with Johnson Controls. Hitachi retained a 40% stake in the resulting business.

The space in Dallas is now the company’s second training facility in North America, a new initiative from Johnson Controls-Hitachi to train the next generation of HVAC workers. The HVAC industry is facing a shortage of skilled workers as demand for their services is rising rapidly while the current workforce ages out. 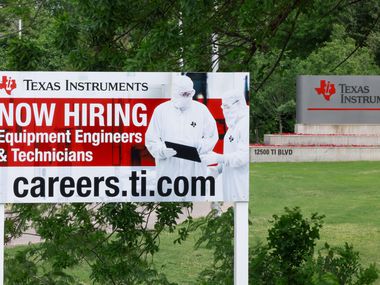 Johnson Controls-Hitachi manufactures and sells HVAC equipment to distributors, who then sell to contractors. The company’s training initiative will target those contractors, and it plans to host classes of 20 trainees at a time.

Johnson Controls-Hitachi has 20 workers in the North Texas region. Before the COVID-19 pandemic, the facility provided offices for existing workers and training space for new ones.

The previous training space was revamped with all-new equipment, and the company cut down the number of cubicles, replacing much of that space with showrooms while leaving a reduced number of workstations for its hybrid workforce.

Texas’ most populous metros are leading the rest of the U.S. in the number of workers returning to offices.

In Dallas, roughly 49% of workers had returned to offices in April, according to Kastle Systems data.

Some of the remaining workers, however, may never return full time to their pre-pandemic offices, and some companies face difficult decisions in the coming months to keep empty office spaces from collecting dust.

Studies have suggested that companies around the country strongly support hybrid work although they still value an in-person office presence as well. Around 85% of employers surveyed by commercial real estate firm CBRE said in April that they want their employees back in the office for at least half of the workweek.