By Charlotte Daly For Mailonline

England are gearing up towards their Euro 2022 campaign on home soil and will make their way to this luxury four star hotel over the coming days to set up camp ahead of the tournament.

The England stars will be staying at the The Lensbury Resort for the entirety of the tournament as the London-based hotel is experienced in hosting elite sports teams – having previously welcomed rugby teams, football coaches and tennis stars.

The resort – based in Teddington – is in the perfect location for England second and third games as they will be facing Norway and Northern Ireland in Brighton and Southampton respectively. 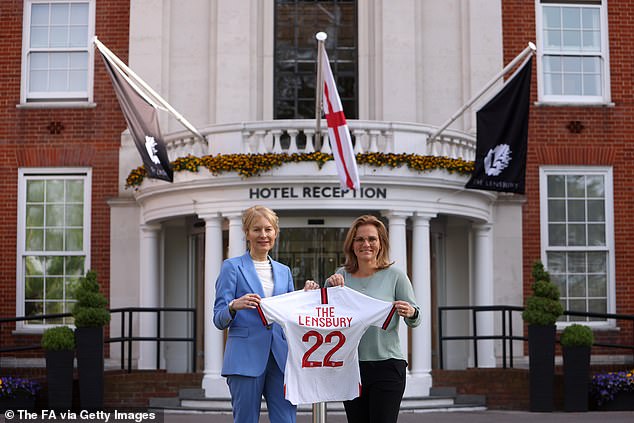 The Lensbury has 155 rooms in a variety of styles available to their guests. It remains to be seen which the England women will be using but their options range from the Dutch Suites to the Deluxe Bedrooms.

Should the Lioness opt for the Dutch Suite they will be staying in the hotel’s largest guest rooms – featuring rich oak panelling, a large separate lounge area and a large double shower room with a massage jet in each room.

However, they could go for the ‘Classic Double rooms’ instead. These feature a king, queen or double bed, ensuite bathroom and a large flat-screen TV.

These rooms are also located in the main hotel and annex building offering easy access to the 25 acres of gardens, grounds and excellent leisure facilities.

Following a £1.2million investment in 2019, the team will have access to a range of digitally connected facilities including TechnoGym cardio machines, free weight equipment and resistance apparatus in their fitness suite. 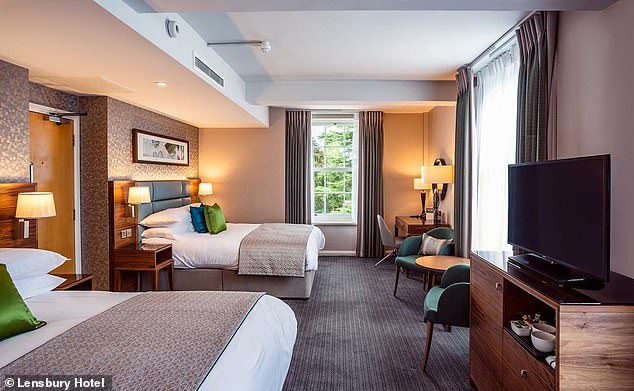 The England team can also stream Netflix, watch YouTube or listen to the latest playlists on all of the cardio machines – making that morning recovery a little bit more exciting.

The stunning resort – which is overlooking Teddington Lock on the River Thames – also contains two heated indoor pools, plus a thermal suite for the players to relax in after games.

Wiegman’s team will also have access two UEFA standard pitches for training in between their fixtures or practicing set pieces.

The Lensbury resort also has a host of activities available to the players if Wiegman’s side are looking for something to do on their rest days (other than rest!). 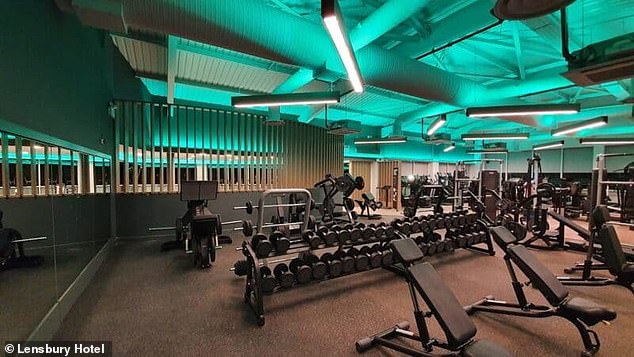 Following a £1.2m investment in 2019, they will have access to digitally connected facilities including TechnoGym cardio machines, free weights and resistance apparatus 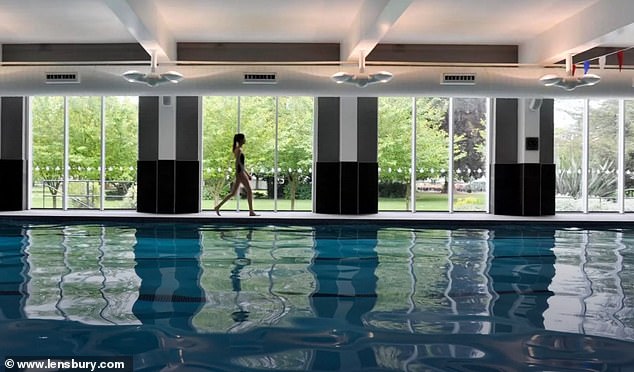 The stunning resort – which is overlooking Teddington Lock on the River Thames – also contains two heated indoor pools, plus a thermal suite for the players to relax in after games

They also have dedicated squash building houses two full-sized squash courts and accompanying changing facilities. However, it seems unlikely the team will be taking part in these activities.

Nevertheless, they may look to make the most of the hotel’s unique River Thames location by strolling down to the water to watch the water sports on show.

The Lioness could even rent some of the Kruger motor boats on offer for a relaxing day out.

However, should they want to keep their mind on the football at all times, they can use one of Lensbury’s event rooms for team meetings, tactical sessions and management meetings. 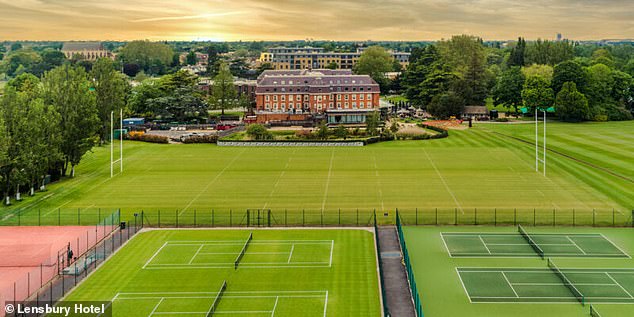 The England team can also use one of Lensbury’s event rooms for team meetings, tactical sessions and management meetings

Wiegman previously expressed her delight at staying at the Lensbury resort. She said: ‘We are looking forward to our stay at The Lensbury.

‘We have received a warm welcome from the staff already and have been impressed by the facilities and accommodation.

‘It is important that our tournament base is a home from home for the squad and support team, and I have no doubt we will find that here. Confirming our base is another step towards what we all hope will be a memorable summer.’

England will begin their Euro 2022 campaign against Austria on July 6 at Old Trafford before taking on Norway and Northern Ireland in that order.

Maya Vander to Leave the Oppenheim Group and Selling Sunset