Inside two-bedroom home that’s selling for just £5,000… but it will need a little bit of work

The Fenton, Stoke-on-Trent home appears to have been used as a base for ceramic-mould making, which might explain why its rooms are filled with industrial clutter and not cosy furniture.

Renovating the property will be no mean feat for those who choose to take it on, as the listing describes it as “an excellent investment”.

The house is being auctioned online in May, with bids starting at £5,000.

Many rooms in the house are covered with discarded moulds, ware trucks, buckets and other tools as reported by StokeonTrent Live.

The bathroom is littered with rubble, the sink and the bathtub filled with various industrial equipment and rubbish. 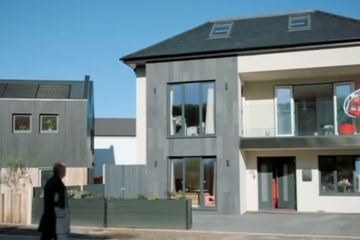 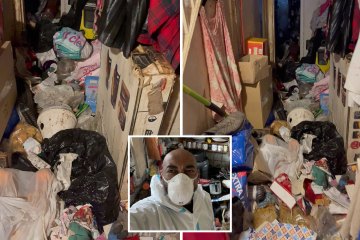 Most of the walls in the property appear to have patches of damp, peeling wallpaper, or entire chunks of plaster missing.

The listing describes the home as in need of “cosmetic improvement”, and displays only pictures of the semi-detached house from the outside.

But while in need of work, the freehold home does include two bedrooms, two bathrooms, and a paved garden.

A nearby park and local fishing pond offer more appeal for a potential family to move in, although it might be a while before it’s tot-friendly.

Prospective buyers are asked not to make a viewing appointment, but to attend an open day at the site.

Bidding for the house will take place via underthehammer.com at midday on May 24 with a guide price of only £5,000, and finish two days later.

We pay for your stories!

Do you have a story for The Sun news desk?

For The Best Home-Cooked Barbecue, Buy A Smart Grill

Town of Summerville, nonprofit team up to combat housing instability