The unprecedented boom in logistics warehousing demand is now about a decade old. During most of the past 10 years, it was a safe bet that the aging of the industrial warehouse stock wasn’t considered a high priority. Stakeholders had their hands full just keeping up with demand for capacity that hit like a ton of bricks and has barely abated. 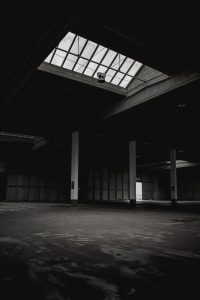 JLL Inc. estimated that the average age of the country’s industrial warehouse product is 42 years. Buildings constructed more than two decades ago account for three-quarters of the total industrial supply, with more than one-quarter of all inventory over 50 years of age, JLL said.

Yet the warehouse inventory hasn’t gotten any younger, and in some markets it is getting downright old. In a March report, real estate services giant JLL Inc. estimated that the average age of the country’s industrial warehouse product is 42 years. Buildings constructed more than two decades ago account for three-quarters of the total industrial supply, with more than one-quarter of all inventory over 50 years of age, JLL said.

Newmark Group Inc., a real estate advisory, estimated that nearly one third of the U.S. industrial stock is more than 50 years old, and that 55% of the inventory is 10 to 50 years old. Only 14% of warehouses are less than 10 years old, it said. 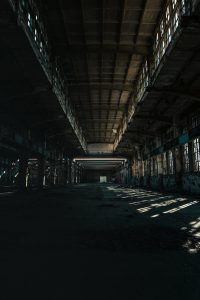 In Chicago, the hottest industrial property location in the U.S., the age of the average warehouse is 48 years, according to Newmark data. In northern New Jersey, another major industrial center, it is 56 years old, the data found. By contrast, in Las Vegas, which is one of the newer logistics warehouse hotbeds, the average warehouse age is 24 years. Perhaps unsurprisingly, much of the older inventory is found in well-established population and commerce centers like the New York/New Jersey metro area, Chicago and Los Angeles.

The aging supply presents another headache for an industry struggling to find capacity, with the nationwide vacancy rate hovering just above record-blasting 3% levels. Tenants could muddle through in their current locations. However, in many cases existing designs are not adequate to meet the demands of modern-day distribution.

In a May 2021 study, Cushman and Wakefield, a real estate services firm, found that more than half of the warehouse inventory built before 2000, which accounted for about 70% of the stock as of a year ago, had clear-ceiling heights of 27 feet or lower. Yet occupiers of big-box facilities of 500,000 square feet or more need clear ceiling heights of 32 to 40 feet to accommodate mezzanine structures with higher product-stacking capabilities, according to an analysis of occupier needs by Cushman’s industrial executives.

Anything below 32 feet in height, they said, was considered obsolete in a world where much of the new warehouse design is vertically oriented due in large part to land scarcity. Even occupiers of multi-tenant buildings of less than 500,000 square feet demanded clear heights of 32 to 36 feet, according to the Cushman survey.

Other issues that could arise with older facilities include inadequate trailer space, an insufficient number of dock doors, obsolete floor slabs, and lack of access to suitable power and sprinkler systems, to name a few, Cushman said.

“Unless the facility has been completely gutted and renovated, the dated product just isn’t usable for some occupiers,” said Carolyn Salzer, Cushman’s director of logistics and industrial research. 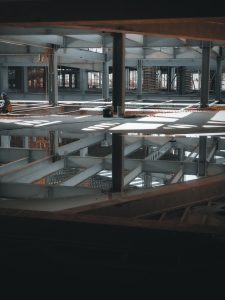 …The rebuilding process is no easy, quick or cheap task in an environment of labor and materials shortages, and higher costs for both.

Much of the older stock of logistics warehouses is being torn down and rebuilt, rather than the structures being modified. However, the rebuilding process is no easy, quick or cheap task in an environment of labor and materials shortages, and higher costs for both. Labor is easier to find in high-density urban areas where much of the older facilities are. In outlying areas, available workers are tougher to find because of smaller populations and mobility challenges in traveling to the project sites.

Project completions are being delayed as long as six months due to labor and material constraints, said Lisa DeNight, Newmark’s national industrial research director. Besides the delays, the increases in construction costs are “astounding,” she said.

A separate Cushman report released in the past couple of months quantified DeNight’s point. Last August, the price of steel tripled the 10-year average between 2010 and 2019. The costs of concrete, roofing material, fixtures and other necessities of warehouse construction have also risen. In many cases, today’s cost of materials alone has exceeded what it would have cost several years ago to build an entire warehouse, Cushman said.

Steel shortages have caused the most angst, according to the study. Before the pandemic, lead times for steel orders to build a warehouse on spec were about 12 months. Today, it’s in the 16-to-18-month range and is expected to get worse before it gets better, according to the report. Relief is unlikely to come until 2023, the report said.

All of this means higher end-user costs. Average nationwide asking rents hit $7.24 per square foot in the first quarter, the first time asking rents have exceeded $7 per square foot. Yet there is expected to be little resistance from tenants because they need the space, and because warehousing accounts for a relatively small part of the cost of goods sold. 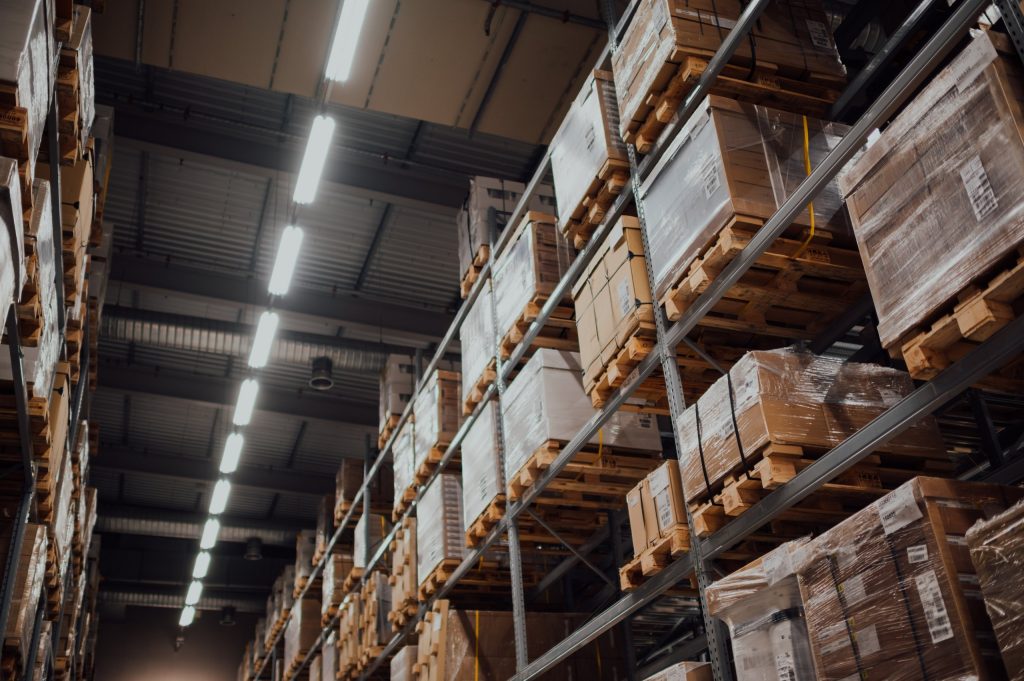 There are no quick fixes to modernizing the country’s warehouse supply. Material supply and demand equilibrium will eventually be restored, though its speed will likely be dictated by the ability of China, the world’s largest steel producer, to ramp up production. Labor availability remains a problem. Alternate sources of supply will be explored, such as the conversion of obsolete office properties to industrial use, and the possible remediation and renovation of contaminated land sites. Newmark estimated that there are about 500,000 such sites nationwide.

Markets with a higher percentage of “second-generation” facilities have an opportunity to re-purpose and modernize them to fit the needs of users that will compromise on space quality if their business model requires them to be located with urban population cores, JLL said in its March report. Occupants are “adapting to older, smaller and less functionally sophisticated spaces as there are very few modern facilities within urban centers,” according to the report.

In the end, the white knight will be a massive and sustainable supply hitting the market. About 660 million square feet of space is currently in the pipeline, according to Cushman data. While demand for that space will remain strong, capacity at those levels is likely to bring some level of relief to a highly stressed logistics warehousing market.