A Dallas investor has purchased a high-traffic retail and office property in the Knox Street business district.

The Knox Park Village includes 85,000 square feet of restaurants, retail and offices at the southwest corner of U.S. Highway 75 in Dallas.

Since 2015 the property has been owned by California-based CIM Group and Dallas’ Open Realty Advisors. 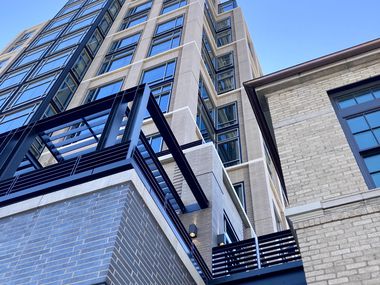 Stockdale owns the adjoining Knox Promenade, several retail buildings on 4.5 acres along McKinney and Armstrong avenues and the west side of the U.S. 75 service road.

“Stockdale is proud to be one of the largest landowners in the Knox-Henderson area,” Stockdale Investment Group Managing Partner Kenneth Pratt said in a statement. “The value of land in core Dallas has continued to rise for many years, making this an easy purchase and an exceptional long-term investment.”

“The Knox-Henderson area of East Dallas is one of the most rapidly redeveloping neighborhoods in the city, with thousands of multifamily housing units built within the past few years and more on the way,” Jones Lang LaSalle’s Ryan Shore, who marketed the property for sale, said in a statement.

Stockdale owns a variety of Dallas commercial properties, including the Preston Forest Shopping Center in North Dallas and the Shops of Highland Park on Oak Lawn Avenue.

“Knox Park Village is a seamless addition to our existing portfolio,” said Stockdale Investment Group Director Alex Johnson. “Stockdale is dedicated to reimagining and transforming real estate in irreplaceable locations, and this asset provides a scalable opportunity to do so in a neighborhood we and many others are excited to continue to see flourish.”

The Knox Street business area between U.S. 75 and Highland Park is seeing a flurry of development activity with new offices, shops and restaurants. Plus a major project with residential towers, hotel and offices is in the works.

A Record Number Of U.S. Homes Are Now Worth $1 Million Or More

A Record Number Of U.S. Homes Are Now Worth $1 Million Or More