Rocky Mount ranks in Top 5 most desirable places to buy a home in the US :: WRAL.com 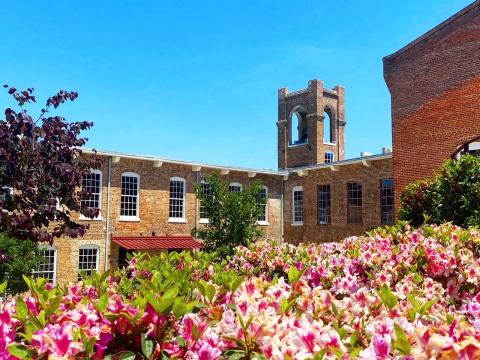 A new report from the National Association of Realtors named Rocky Mount as one of the five most desirable markets in the country for homebuyers.

Both home sellers and buyers in the area say affordability and low cost-of-living are driving people to make the move to Rocky Mount.

The study from Realtor.com measured the most-searched places in America to buy homes over the first three months of 2022.

“So it’s always great when other people are beginning to recognize the opportunity that is here,” says Brett Hill, owner of 1st Class Real Estate Triangle East.

Rocky Mount median home cost less than half of Raleigh’s

He said part of the allure has been home affordability.

But buyers from other East Coast cities have also said that everything else in the community is less expensive too.

“The cost of living is what’s driving it all,” Hill said. “They can still make it to see family and friends in a day, but they’re also looking for a different pace of life and they’re finding that here in Rocky Mount.”

That’s what stood out to Melissa and TJ Zongol, who moved to Rocky Mount earlier this year.

“The cost of living is dramatically less than what it was in Connecticut, so that was extremely appealing,” Melissa Zongol said.

The main thing that brought the family to Rocky Mount was TJ’s new job.

It’s part of an overall surge in economic development in the area in recent years, and they’re betting on Rocky Mount to continue to grow.

“This is the next city on the way out towards the east coast to really be built up, like Raleigh was, and Cary, and all those areas up there,” TJ Zongol said.

Renovations in the Rocky Mount Mills campus created a popular mixed-use area with multiple local breweries, restaurants, picnic spaces, outdoor music and even a tiny house hotel. The development and growth is drawing more attention to the area.

All this demand has had an impact though.

Brett Hill said that in the last eight years, Rocky Mount’s available housing inventory has fallen by 90%, something that has to be addressed to keep the growth coming.

“So we definitely need more inventory, so that is driving some of the offers that we’re seeing on the properties that we do have,” Hill said. “It’s not unusual for a home to be gone very quickly.”